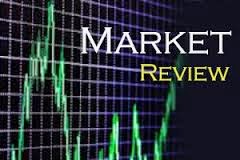 *The number of normal sales in November increased by 5.41 percent compared to November 2013, while foreclosures increased 44.21 percent and short-sales decreased 52.56 percent.

*Sales of existing homes within the entire Orlando MSA (Lake, Orange, Osceola, and Seminole counties) in November were up by 6.91 percent when compared to November of 2013. Throughout the MSA, 2,769 homes were sold in November 2014 compared with 2,590 in November 2013. To date, MSA sales are up 0.75 percent.

Each individual county’s monthly sales comparisons are as follows:

*There are currently 12,121 homes available for purchase through the MLS. The November 2014 overall inventory level is 26.14 percent higher than it was in November 2013; inventory is down 3.09 percent compared to October 2014.

*The inventory of normal sales increased 34.63 percent compared to November 2013, while foreclosure inventory is up 33.05 percent and short sale inventory is down 18.84 percent.

*The current pace of sales translates into 5.40 months of inventory supply.

*Homes of all types spent an average of 77 days on the market (up from 72 days the month prior) before coming under contract in November 2014, and the average home sold for 95.85 percent of its listing price (down from 96.34 percent the month prior).
Posted by World Properties Group at 10:07 AM 1 comment:

Refinance your home even if youre upside down!

Pending sales, closed sales and median prices rose, while the inventory of homes and condos for sale dropped in Florida’s housing market in October, according to the latest housing data released by Florida Realtors®.
“With Thanksgiving just around the corner, we have a lot to be thankful for here in Florida,” said 2012 Florida Realtors President Summer Greene, regional manager of Better Homes and Gardens Real Estate Florida 1st in Fort Lauderdale. “The state’s latest unemployment rate fell to 8.5 percent, the lowest in nearly four years – and combined with the momentum of the housing market, it clearly shows that Florida is on a positive path and has been for months. Pending sales, closed sales and prices are trending up.”
Statewide closed sales of existing single-family homes totaled 17,779 in October, up 25.3 percent compared to the year-ago figure, according to data from Florida Realtors Industry Data and Analysis department and vendor partner 10K Research and Marketing. Closed sales typically occur 30 to 90 days after sales contracts are written.
Meanwhile, pending sales – contracts that are signed by not yet completed or closed – of existing single-family homes last month rose 56.7 percent over the previous October. The statewide median sales price for single-family existing homes in October was $145,000, up 9 percent from a year ago.
According to the National Association of Realtors® (NAR), the national median sales price for existing single-family homes in September 2012 was $184,300, up 11.4 percent from the previous year. In California, the statewide median sales price for single-family existing homes in September was $345,000; in Massachusetts, it was $294,900; in Maryland, it was $244,357; and in New York, it was $225,000.
The median is the midpoint; half the homes sold for more, half for less. Housing industry analysts note that sales of foreclosures and other distressed properties continue to downwardly distort the median price because they generally sell at a discount relative to traditional homes.
Looking at Florida’s year-to-year comparison for sales of townhomes-condos, a total of 8,252 units sold statewide last month, up 16.4 percent compared to October 2011. Meanwhile, pending sales for townhome-condos in October increased 47.1 percent compared to the year-ago figure. The statewide median for townhome-condo properties was $107,000, up 20.2 percent over the previous year. NAR reported that the national median existing condo price in September 2012 was $181,000.
The inventory for single-family homes stood at a 5.2-months’ supply in October; inventory for townhome-condo properties was also at a 5.2-months’ supply, according to Florida Realtors. Industry analysts note that a 5.5-months’ supply symbolically represents a market balanced between buyers and sellers.
“Once again, everything that should be going up in the market is going up, and everything that should be going down is going down,” said Florida Realtors Chief Economist Dr. John Tuccillo. “As impressive as the year-over-year gains for October are, far more impressive are year-to-date gains of 2012 over 2011. They indicate the depth and resilience of this recovery.”
The interest rate for a 30-year fixed-rate mortgage averaged 3.38 percent in October 2012, down from the 4.07 percent averaged during the same month a year earlier, according to Freddie Mac.
Posted by World Properties Group at 11:47 AM No comments:

Small business owners and new start ups now have an innovative tool to help them grow and compete in the marketplace, courtesy of the US Small Business Administration.  The free tool, called SizeUp, helps business owners identify new customers and compare their performance against other businesses in their industry using data collected from hundreds of private and public sources.  Business owners can use the tool to find the best places to advertise their business, and the mapping feature helps them see where customers and suppliers are located.  Find SizeUp at www.sba.gov/sizeup.
Posted by World Properties Group at 7:10 AM No comments:

A report released last week by real-estate-research company RealtyTrac Inc. showed that the number of houses repossessed by banks last month in Metro Orlando was 1,094 — up 56 percent from November.

In desirable areas, such as Windermere and Baldwin Park, homeowners are much more likely to salvage their credit record by getting their bank to approve a short sale, which allows them to sell their house for less than they owe on the mortgage. In high-poverty areas that attract fewer buyers, most financially strapped owners have no such option, so when banks foreclose on them, their credit is damaged for years.

An analysis by the Orlando Sentinel of fourth-quarter distress sales throughout Orange County found that about 80 percent of them were foreclosures in ZIP codes with disproportionately high numbers of renters and large numbers of families living below the poverty level — mostly black or Hispanic neighborhoods such as Pine Hills, Washington Shores and the Oak Ridge Road area


In communities such as Windermere, Baldwin Park and Waterford Lakes, which are mostly white areas with little poverty and few renters, homeowners were more likely to avoid foreclosure. Only about 50 percent of the distress sales there were foreclosures. The other half qualified for short sales by showing evidence of hardship, such as a job loss, illness or death in the family.Not only can those homeowners emerge from short sales with their credit relatively intact, their neighborhoods stand to recover more quickly because short-sale prices are typically higher than those of foreclosed properties.

Five years ago, foreclosures may have carried more weight, but now they're increasingly common.

Orlando's Fashion Sqaure Mall is for sale and there is already a buyer! UP Development of Franklin, Tenn., hopes to close the sale of Orlando Fashion Square by year's end.  Scott Corbin, a representative of the buyer says that "UP is considering several plans" and that "It's obvious it needs to be redeveloped." He would not disclose the sales price.
UP has already purchased property near Orlando Fashion Square, including a vacant , for $4.5 million, Corbin said. UP also has under contract 2.5 acres of vacant land behind Toys "R" Us, where it would like to bring in big-box retail outlet.
The company has already talked to potential tenants, Corbin said, and is considering a mixed-use project that would include apartments. He said it's too early to give details but tenant desires will have a major impact on the final plan.
The deal does not include the Sears, since that retailer owns its own stores at malls including Orlando Fashion Square.
UP's other Orlando projects include Shoppes at Alafaya Trail and Millenia Plaza. At Millenia, UP redeveloped an old Expo Design Center into a new  and combo Babies "R" Us/Toys "R" Us.
Corbin said the company's specialties include redevelopments and "difficult retail projects."
Orlando Fashion Square would fit that bill. The oldest major shopping mall in Central Florida, it has lost many national tenants over several years. Despite its challenges, Corbin said, the area "has very good demographics." The upscale community of Baldwin Park, for example, lies nearby.
The mall's owner, Pennsylvania Real Estate Investment Trust, said earlier this year it would sell Orlando Fashion Square and four other struggling centers to pay down debt.  A PREIT spokeswoman could not be reached for comment.
In Ocoee, assistant city manager Craig Shadrix said West Oaks is under contract with a new owner and that someone representing that company contacted the city and plans to meet with officials soon about its plans.
Posted by World Properties Group at 10:42 AM No comments:

The home where pop singer Michael Jackson lived for about six months until his death has sold for $18.1 million, says broker Mauricio Umansky, who represented both the buyer and the seller in the transaction. He declined to name the buyer, but two people close to the deal said it was Steven Mayer, a senior managing director of private investment firm Cerberus Capital Management.  Concert promoter AEG had been renting the property for Mr. Jackson for $100,000 a month when he died there in June 2009. The home belongs to Hubert Guez, owner of apparel company Ed Hardy, and his wife, Roxanne Guez, according to public records.

Located in Los Angeles's Holmby Hills neighborhood, the 17,000-square-foot home has seven bedrooms and 13 bathrooms. Real-estate developer Mohamed Hadid built the home in 2002 and the Guez family bought it in 2004 for $18.5 million. Two years ago, the couple put it up for sale for $29 million. They relisted it for sale earlier this year for $23.9 million. 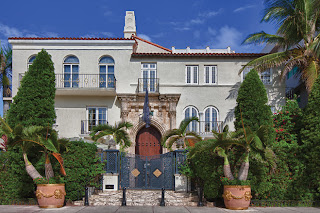